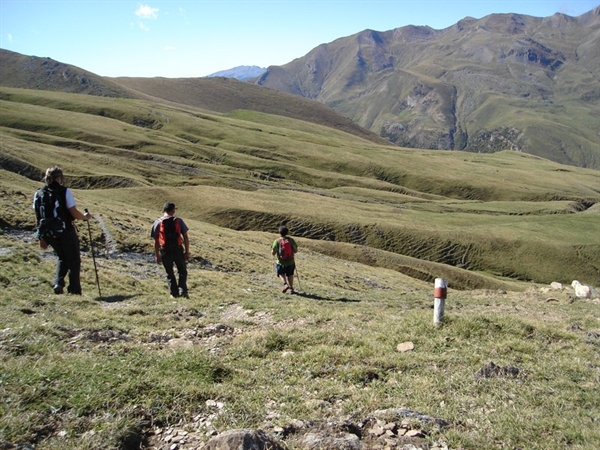 The 3 Valleys Route is a circular crossing with 4 stages, all of which begin and end at El Pont de Suert. It is a walking route that runs through the Vall de Boí, Vall de Barravés and Vall de Castanesa valleys. This route allows ramblers to discover the rich natural and cultural heritage of Catalonia’s Alta Ribagorça and Aragon’s Ribagorça. This is one of the best ways to enjoy the sport of trekking while at the same time visiting some of the marvellous settings that border on the Aigüestortes National Park and the Posets Maladetes Natural Park. It is also possible for visitors to discover the cultural heritage of the area by spending the night in the picturesque villages of these Pyrenean valleys.

From May to October, visitors can walk the 3 Valleys Route either alone or accompanied by a guide.

The Route Pass package includes: an exclusive guide to the 3 Valleys Route; an official route to follow using your GPS; the exclusive 3 Valleys Route sweatshirt; and the right to take part in prize draws for a pair of fantastic mountain boots.

The 3 Valleys Route offers walkers a mountain guide service, with officially qualified guides who have expert knowledge of the area, and a luggage transport servic, which allows trekkers to walk in greater comfort.

The 3 Valleys Route begins at the Plaça Major (Main Square) in El Pont de Suert. First, it crosses the old part of the village and runs as far as the bridge over the River Noguera Ribagorçana. It then follows the Camí de l’Aigua (Water Route) which runs on towards Barruera and the Vall de Boí. This is a very beautiful route running through woods and meadows and always accompanying the River Noguera de Tor. Along the way, it is possible to see the fantastic Romanesque bridge of Castilló de Tor, the reservoir at Llesp, the Salencar (riverside wood) of Barruera and the Romanesque-style church of Sant Feliu. From here, the route runs up to Erill La Vall, one of the most picturesque villages in the comarca (local district), which boasts the well-conserved Romanesque church of Santa Eulàlia.

From the main square of the village, the route climbs up towards the Basco pass. This is a steep path, but it offers some of the best views of the Vall de Boí and the mountains of the Aigüestortes National Park. From here to Port Gelada, trekkers will enjoy excellent views of the Vall de Barravés and the high mountains that surround it, which include the Pic de la Tallada, Vallibierna, Russels and Aneto (the highest mountain on the Spanish mainland). The downhill path coincides with the wildlife route of Senet and continues on to the village of Aneto, in the Aragonese part of La Ribagorça.

The route follows GR18 to the Coll de Salines where it provides fantastic views of the mountains of the Vall de Boí, to the east, and of Castanesa, to the south. The whole route runs through open countryside where it is not normal to encounter many people; as a result, it transmits a great sense of peace and quiet. On the path that runs along the bottom of the valley, visitors will discover the wild waters of the River Baliera and the villages of Fonxanina and Castanesa. In the upper part of the valley, the most outstanding landmark is the church of Sant Martí.

From Fonxanina, this route runs down to the River Baliera and then towards Siscarri. From there, it runs eastward, following a PR (short route) to Denuy, which is a very sunny and welcoming village and a good place to relax.

From Castanesa, the route follows GR18 past the villages of Ardanuy, Benifonts, Noals Bibils and Bonansa. If walkers  decide to spend the night at Denuy, they can then follow the variant of GR18.1 that runs through Ribera until it meets the main course of GR18. All of these villages are very well-conserved  and their livestock farming has shaped the local countryside. The route crosses woodland, meadows and rivers, following paths to high summer pastures that seem to take you back in time. At Bonansa, walkers should take GR15 to go to Cirés and El Pont de Suert.

The cultural value of the route

The 3 Valleys Route runs through a very well-conserved part of the Pyrenees where the villages maintain their original character and preserve time-honoured festivities, customs and traditions, such as the baixada de Falles(carrying burning logs down from the mountains to celebrate mid-summer), a variety of folk dances and traditional craft and livestock fairs.

From the point of view of art and architecture, this area offers an important legacy of Romanesque art and architecture. Its salient features are its well-conserved and very typical churches, which have been recognised by UNESCO: 9 of the Romanesque monuments of the Vall de Boí form part of a UNESCO World Heritage Site.

The natural value of the Route

There are many interesting natural spaces in L’Alta Ribagorça, all of which are rich in fauna and flora autochthonous to the Pyrenees. The most outstanding examples of this fauna include: the bearded vulture, kite, marten, roe deer and chamois, on land, and the green-necked duck and grey heron, in the water. The most significant species of flora include: stands of Spanish pine, riverside woodlands, salix eleagnos willow trees and numerous multicoloured flowers in the subalpine meadows. In autumn, the star example of flora is the mushroom.

From the paths of the 3 Valleys Route, it is possible to discover the great vantage points of the Pyrenees. These include peaks full of Pyrenean history, such as the 3404 m high Aneto, the 3013 m Punta Alta, the Besiberris uplands, the 3029 m high  Comaloformo, 3067 m high Vallibierna and 3207 m high Russel. 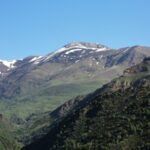 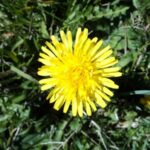 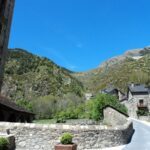 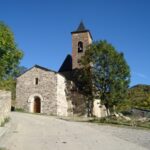 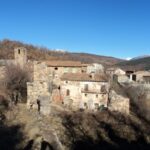 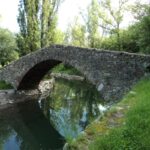 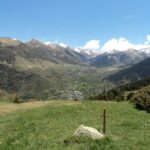 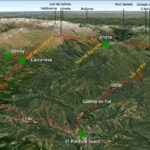 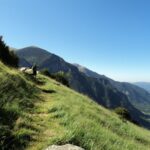 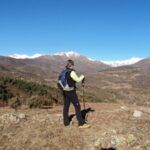 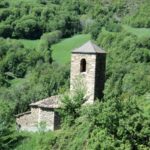