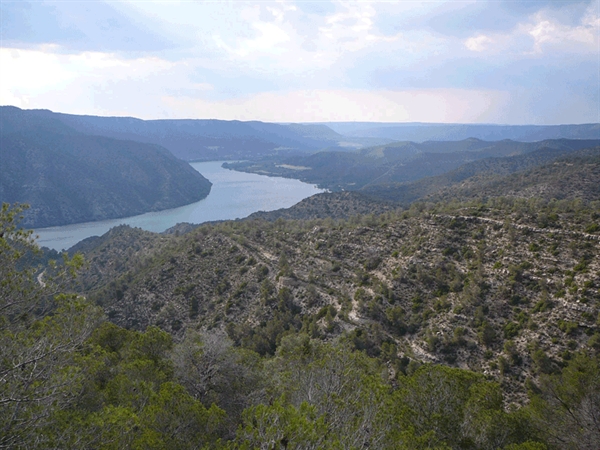 The interesting natural space known as Els tossals d'Almatret (Ridges of Almatret) can be found near the Riba-roja reservoir on the River Ebre, in the very south of El Segrià (Lands of Lleida). This is a route that introduces visitors to the local area and allows them to enjoy a countryside dominated by the meandering river, and which offers a marked chromatic contrast between the blues of the river and the greens, ochres and browns of its banks.

Along the route, visitors can enjoy panoramic views of the opposite bank of the river and the sierras of Mequinensa and Ribers. They can also discover what remains of the coal mines that were still active until the mid-20th century and examine and investigate some of the old war trenches and machinegun posts that were used in the Batlle of the Ebro (Spanish Civil War), while at the same time enjoying natural surroundings that will not leave anyone indifferent.

Description of the itinerary

The route starts at the village of Almatret (1) (El Segrià – Lands of Lleida) and follows the path that leads to the landing stage and leisure zone of Poblat de la Fàbrica. It then continues across the Sorts plain, before it begins its descent. At one of the turns (2), visitors should take a track that breaks off to the right and follow it until they come to the Mina de l’Espanyola (Spanish Mine), where they will see the old coal loading platform. Further on, there is an old electrical transformer and the entrance to an old mine that has been closed since the mid-1950s.

Continuing along this track (3), visitors will reach what were the ventilation shafts of the mine and an old building where it is possible to see the tube that was used to winch the coal down from the Duró mine. Further along, there are the remains of the buildings in which the miners used to live. The route then climbs up the hillside, following some old ramps, and skirts round a building before continuing on towards the crest of the hill and arriving at the Sierra de la Pena vantage point (4).

Following a path that continues along a shaded slope with a magnificent pine grove, visitors will come to a point where another track leads off to the right (5). Taking that route, they will come to an old trench from the Spanish Civil War. Following this trench will take them to the vantage point on the La Pena cliff (6), from where it is possible to enjoy magnificent views out over the Ebro valley.

It is then a case of going back along the same way, until reaching the path that leads to Pou de la Vila (7) and it is then back once more to the village of Almatret (8). 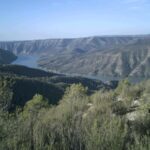 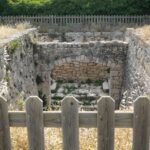 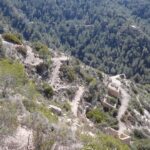