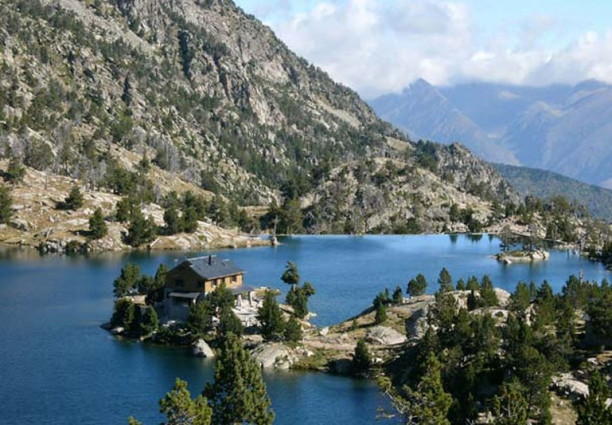 This crossing runs through areas of high mountains - National Park and San Maurici Lake - at an average altitude of 2400 m. The accumulated variation in altitude is approximately 9200 m and the total distance of the walk is about 55 km. In keeping with high mountain path convention, the route is marked with distance posts. It is important that people interested in doing sky running do not get lost: those considering this option should therefore make sure that they know the route well before setting out. They should also be aware of the fact that it is common to find snow on some north-facing slopes, even as late as the middle of July. Trekkers should also consider a map of the local area a fundamental part of their equipment.

Just a few metres after leaving the Restanca mountain shelter, trekkers must leave the Lac (lake) de Mar path and follow the route up the mountainside to the left of the stream that runs down from Lac deth Cap deth Pòrt. On reaching the top of the hill, they should skirt round the pool and then continue on, following a path whose latter stages are strewn with large blocks of stone. Following the route markers past these rocks, they will reach Coret d'Oelhacrestada, which lies in the middle of open meadows. The path then flattens out for a while before beginning a gradual descent as it follows the path that passes above the Estany (pool) des Monges; the largest pool in the area. Trekkers will then pass the Estany des Mangades to their left and the Estany de Travessani to their right. At the mouth of this second pool, it is necessary to cross to the opposite bank of the river in order to ascend a short slope that will take walkers to the Ventosa i Calvell mountain shelter. This route is quite popular with hikers walking to the summit of Montardo, a peak which offers some of the best views in the Pyrenees (Spain). The descent from Coret d'Oelhacrestada to Ventosa is very easy.

From Ventosa to Estany Llong

This is possibly the hardest section of the whole walk. Those who have enough time might also wish to climb Punta Alta (high point), a peak of over 3000 m. The path starts with a gentle descent that runs in and out among large blocks of stone until it reaches a large open meadow, just after Estany Gran (the big pool) de Colieto. It then follows quite a straight trajectory to a small pass (just to the left of the path leading to Port de Colomers). A little further along, trekkers must leave the main path for Punta Alta to their right and follow the route markers along the right hand side of the gorge. At an altitude of approximately 2600 m, trekkers will come across a series of large blocks of rocks that extend as far as the col itself. In this area of boulders, walkers are best advised to closely follow the path markers: these have been placed along the route of easiest access. Anyone visiting the col in June, or at the beginning of July, should take any necessary precautions because there may still be some remaining snow and it could even be necessary to use crampons along the way. This is the longest descent on the whole trek, with a 900 m drop in altitude. Hikers should then follow the path along a rocky section until they reach the Estany de Contraix. Here, they should skirt round the pool following its right shore, but must then cross over to the other side on reaching its mouth. It is then a case of descending the left side of the gorge in a series of pronounced “s” movements. Along the way, the terrain slowly changes and takes on a less rocky and grassier appearance. Near the end of this section, it is necessary to cross back to the right hand side of the gorge in order to reach the upper part of Prats d'Aiguadassi (the Aiguadassi meadows), in the area of Aigüestortes, in the midst of a wood. A forest track then takes walkers off to the left on gentle walk that will lead them to the mountain shelter.

From Estany Llong to Colomina

This is the longest section of the route in terms of total distance (km), but not the most difficult. The path starts at the mountain shelter and gradually climbs up through a wood towards Dellui. The first part is perfectly paved and, along the way, it is possible to see the Agulles (needles) up ahead in the distance. Hikers will skirt round the Agulles and arrive at the Estany de Dellui. The path then continues to gently zigzag towards the col. The local countryside in the southern part of the area is completely different from that encountered along the previous sections of the route, with the path now running through what almost resembles a lunar landscape. Walkers will see large dammed pools all along the route, which is relatively even, with only a slight slope in its first section. The rest of the trajectory is almost flat, with only the odd slightly downward slope. Once past the mouth of the Estany Tort (the twisted pool), trekkers should follow a path that will first lead them up a gentle slope and then on to the mountain shelter of Colomina.

From Colomina to Josep M. Blanc

About 200 m after leaving the mountain shelter, trekkers must take the path that heads off to the right. They will now leave behind the Colomina and Mar pools, which lie to their right, to follow a route that climbs up to the Pas de l'Ós (Bear Pass). This implies a short, but hard, climb that was not foreseen in the original programme. After a short descent, they will cross the dam at the Estany de Saburó, which they will soon leave behind to their left, as they continue climbing uphill, following the signs for the GR, as far as the col. Once up there, they are advised to follow the path that runs down to the left of the Estanys del Cap de Port (the Pass Head Pools), while the GR continues on to the right. The path will then lead them first through meadows and then on to the Coll (col) de Monestero crossing. Trekkers should follow the path to the right, passing next to the Estany de la Llastra and along the left shore of the Estany Negre (black pool) de Peguera before arriving at the shelter, a few minutes later.

From Josep M. Blanc to Mallafré

Hikers will retrace part of the previous stage of the route, as far as the Coll de Monestero crossing (a walk of about half an hour). Once there, they should follow the path to the right, which soon begins to gain altitude. The path then continues with (the almost 3000 m high) Peguera to the left, before reaching the summit at a height of over 2700 m. The descent through the Monestero Valley is particularly recommended for those who enjoy mountain scenery. Trekkers will first go down an earth track before coming across stretches that combine sections of grass and blocks of stone. It is important to take care when walking between these blocks and to follow the route markers. After a rapid descent, hikers will find themselves at the bottom of the valley. They will then be just 4 km from the Estany de Sant Maurici. Following a well-marked path, which runs through large meadows, thick woods and imposing mountains, hikers will finally reach the Encantats, below which they will find the mountain shelter.

Without a doubt, this is the easiest section of the route, because walkers only need to follow a forest track (which is only apt for 4 x 4 vehicles) for 6 km. The route is well worth the effort, with a succession of waterfalls, spectacular views and then with the majestic Agulles d'Amitges (needles of Amitges) next to the mountain shelter.

Hikers will follow the forest track (for about 300 m) to the headwaters of Estany Gran (the big pool). From there, the path comfortably follows a series of wooden blocks as far as the Port (pass) de Ratera, at the doors to the Val d'Aran (Aran valley).

Along this section, walkers will pass from one of the least known circ lakes in the Pyrenees (Spain) to the largest and most frequently visited of them all. The route begins by setting off to the right of the mountain shelter and following a path that gently descends below Lac de Baish (Lake Baish), before, little by little, gaining altitude. They will then pass above a large rock, popularly known as “the television” and through a grassy area leading to the Còth deth Tuc Gran de Sendrosa. The descent gets a little steeper, but always runs through grassy terrain, and once it reaches the plain trekkers will come across the remains of some building work. They will then head towards a tunnel that lies to the left, but just before reaching it, they should take a path that leads off and slightly upwards to the right, before they arrive at Lac de Clòto de Baish. They will then pass Lac Long (the long lake) and, after a succession of short rises and descents, will arrive at the Colomèrs reservoir, with the mountain shelter on the other side.

The path follows the right bank of the stream and, after leaving behind Estanh Mòrt (the dead pool) to the left, the slope gets progressively steeper. Walkers will then arrive at Lac deth Pòrt de Caldes, with the Tuc de Ribereta over to their right, and a few minutes later, they will reach the top of the pass. The subsequent descent will seem short and brief. It is then necessary to climb up to a small col above the Estany des Monges, before continuing, at the same altitude, to the Coret d'Oelhacrestada. Once there, trekkers should follow the path down to Restanca. 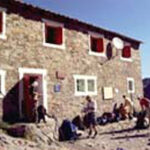 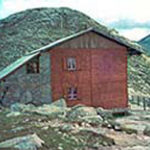 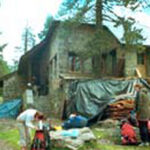 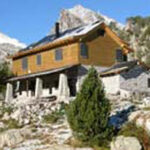 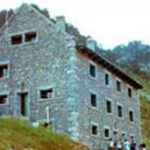 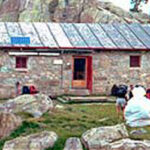 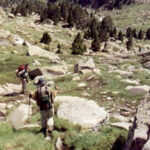 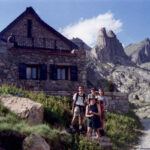 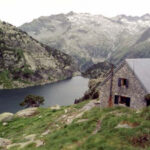