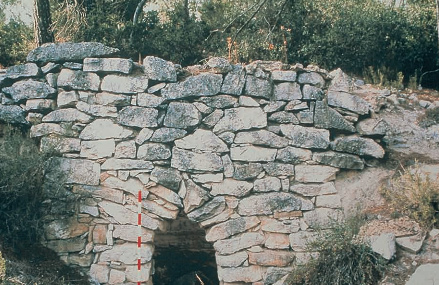 The activity of lime production is based on obtaining lime from calcareous rocks through a process that involves subjecting limestone to temperatures of between 900 and 1000 ºC.

This transformation takes place in lime ovens. In les Garrigues using these ovens to produce lime continued until the 1960s, and in Tarrés it is possible to find some 60 disused lime ovens.

In this settlement, lime production was not, however, a specialised trade, but seasonal work that was carried out by local farmers when they did not have much to do in the fields. The lime that they produced was used to sulphurise vines and whitewash walls. It was also used by builders to make mortar and even to help conserve food products.

This is the only natural water pool within the municipal limits of Tarrés. A small cavity was initially created as a result of gravel extraction and then, year after year, rainwater runoff gradually accumulated here to produce the pool. This is one of the few places in the municipal district where it is possible to find the reed called cat’s tail.

This oven is like a large hole. Initially, it was not created to last long, but rather to perform a specific function (bake lime) for a short time. The Forn dels Assèguils del Joan del Roig is one of the best conserved ovens in both the village and the whole of Les Garrigues. Inside, it is possible to see the large pot where the ash accumulated during the baking process.

The front part of this partially excavated oven is made of stone. This is one of the most outstanding ovens in the comarca (local district) and has the peculiarity of having a doorway with a Gothic arch made from irregular stones.

This shaded part of Les Comes de Montgrat offers the humid conditions necessary to support a lush wood and the ground is completely covered by a blanket of vegetation. For man, this varied vegetation has also proved an important source of resources.

The Vaulter Shelter of The Serra del Perdiuet

Along this route, visitors will find several cabanes de volta (vaulted shelters). These are spectacular and quite exceptional dry stone structures that were built out in the country and used for shelter and storage. The Perdiuet shelter is perhaps the most notable of the four cabanes de volta to be found along the route.

This oven, of which we can see the top edge made of stone, is a cavity that has been completely dug out of the earth and is one of several that have subsequently been converted into drinking troughs for animals by local farmers.

The last part of the route crosses the Vilobí I wind farm, which is in the municipal districts of Tarrés and Fulleda. It contains 27 wind generators, each of which is 120 metres tall and has the capacity to generate 1.5 MW of electrical energy.

From the edge of Vilobí it is possible to look out over the whole of the Conca de Barberà basin. Along the route there are two other points from which it is possible to enjoy wonderful panoramic views: from the banks of Morers and the Cintet plain. 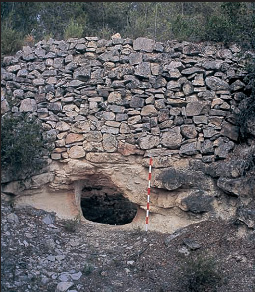 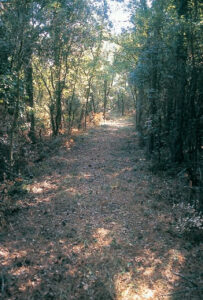 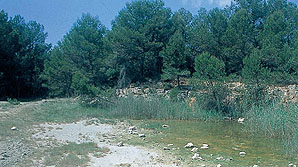 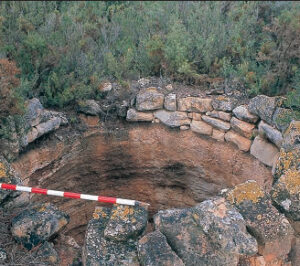 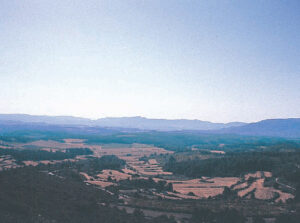 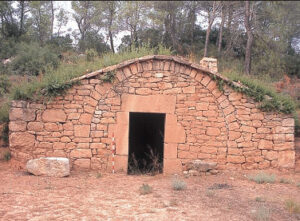 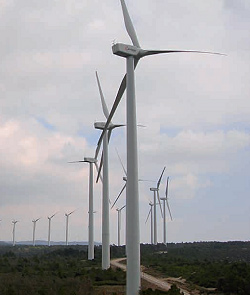