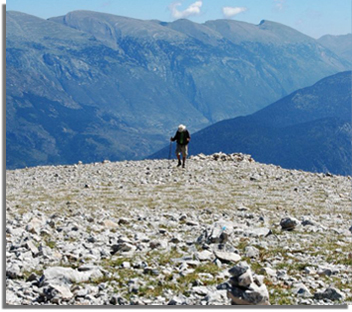 The Caracremada (“Burnt Face”) route is a 5-day walking circuit that takes in the main mountains in the Pre-Pyrenees of L’Alt Berguedà and L’Alt Solsonès; it begins and ends at Els Rasos de Peguera.

The main characteristics that differentiate this route from others that run through the Pyrenees can be summarised as follows:

In short, for its variety of landscapes, its places of cultural and heritage interest, its proximity to large urban nuclei (Barcelona and its metropolitan area, Terrassa, Sabadell, Manresa, Girona and Vic) and the length of its practicable season, the Caracremada route offers all the characteristics, attractions and factors required to make it a reference point for hiking in Catalonia.

Caracremada was the name given to Ramón Vilà, a man from Berguedà, who was born in the village of Peguera. He was considered the last Catalan Maqui (resistance fighter) and fought against Francoism until the end of his days.

Ramon Vila Capdevila (Peguera, Berguedà, 1908 - Castellnou de Bages, 1963), who also went by the nicknames of Cara Cremada (Burnt Face) and Peus Llargs (Long Feet), was an anarcho-syndicalist and member of the CNT >during Spain’s Second Republic. He fought as a member of the French Resistance during the Second World War and as an anti-Francoist guerrilla until his death in 1963. He was the last member of the Maquis to fight against the repression of Francoism. He always demonstrated great bravery and daring and a tremendous knowledge of his geographical environment. This enabled him to enjoy a long life as an outlaw and to commit numerous acts of sabotage against the Francoist regime. He was eventually caught in an ambush at Castellnou de Bages, where he was killed by the bullets of the Guàrdia Civil.

The name Caracremada has been attributed to this route for the following reasons: 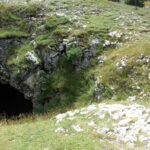 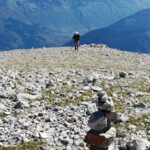 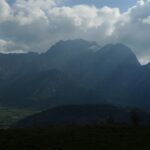 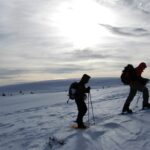 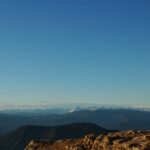 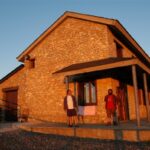 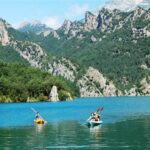 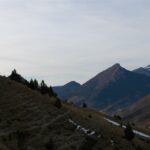 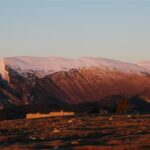 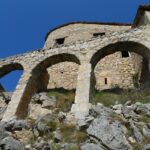 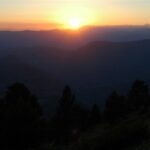