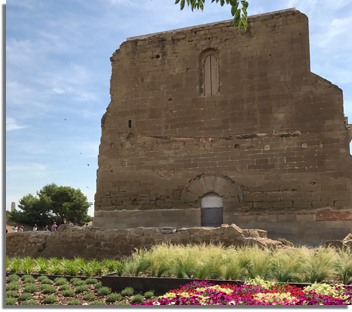 The Knight Templar Castle of Gardeny

In the second half of the 12th century, the Order of the Knights Templar built a monastery complex on the strategic plateau of Gardeny (El Segrià - Spain). This hill had previously been used as a base for military operations and had been visited by such brilliant strategists as Julius Caesar, who confronted Afranius and Petreius, two supporters of Pompey, who had established themselves in Ilerda in 49 B.C.

During the 17th and 18th centuries, the original medieval complex was extended and turned into a new military fort. The new design corresponded to contemporary defensive needs associated with developments in artillery and saw the introduction of walls flanked by bastions and surrounded by vast spaces, moats and retaining walls. The present form of this monumental complex corresponds to the remains of what was once an impressive fortress.

The Castle of Gardeny in Lleida and the castles of Miravet, Monzón, Peñíscola and Tortosa all form part of the Domus Templi, Templar route. This offers a journey through time that takes history-lovers back in time and enables them to discover important aspects of Templar heritage and this legacy of the former Crown of Aragon.

Following the conquest of the city of Lleida in 1149, the Templars were given various properties in exchange for the help that they had provided during the siege: these included the Gardeny hill. The first reference to the Command of Gardeny dates back to 1156 and the first commander was brother Pere de Cartellà, who had played an active part in the siege of the city.

Thanks to numerous contributions, mainly made by members of the minor nobility, the House of Gardeny was able to amass quite considerable wealth.

In order to run the different sectors that had been established, it was soon necessary to create new administrative posts along with new commands, including those of Corbins and Barbens.

As a result of this growth, by the 13th century the House of Gardeny had become one of the main decision-making centres for the Templars of the Crown of Aragon.

The monumental complex of Gardeny

The monumental complex of Gardeny provides one of the most outstanding testimonies to Templar architecture in Catalonia (Spain) and was built during the second half of the 12th century. Considerable changes were made to its structure during the 17th and 18th centuries, which considerably altered the original medieval appearance of this complex. Even so, many of the buildings from the original fortress have been preserved to this day. The area is bounded by walls and flanked by towers and the different buildings would originally have been grouped around a central courtyard.

Amongst these buildings it is particularly important to highlight the tower-room, a solid two-storey construction that had several rooms, including store rooms, living rooms and a keep. The complex's other significant building is the Romanesque-style Church of Santa Maria de Gardeny. This is an unusual building which was once a centre that enjoyed great devotion. 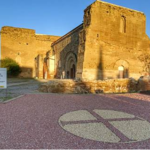 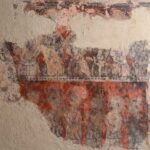 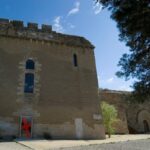 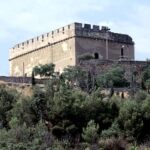 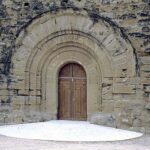 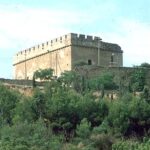 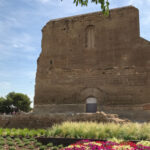