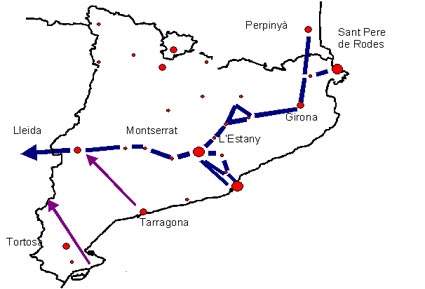 The route begins at the monastery of Montserrat and ends at the town of Alcarràs (El Segrià – Lands of Lleida), after passing through 6 comarques (local districts), 30 municipal territories and 21 population centres. This route introduces the traveller to the history and culture of the Way with information about what to do during the pilgrimage, where to stay and useful maps.

The route from Montserrat to Alcarràs is 140 km long and can be divided into five stages of 25 to 30 km. The first section of the route runs through six comarques: El Bages, L’Anoia, La Segarra,

L’Urgell, El Pla d’Urgell and El Segrià. It more or less follows the path of the old Roman road from Barcelona to Lleida and the historical Camí Ral d’Aragó (Aragon Highroad), which runs parallel to the present N-II dual carriageway and the A-2 motorway. The most significant points along the way are the Monastery of Montserrat and the Seu Vella (Old Cathedral) of Lleida, but this route  also visits other places and monuments of great interest, including the historic centres of Igualada,

Comarques and municipal territories through which the Way of St. James passes

The guide to the first part of the Camí de Sant Jaume to Galicia in Catalonia, published by the Direcció General de Turisme (Catalan Tourist Board), describes the section of the route between the Monastery of Montserrat and Alcarràs. The publication includes historical references and documents about the section of the Way from Montserrat to Alcarràs, information about how to prepare for the pilgrimage, and explanations about how to get to Montserrat and return to Alcarràs. The guide also provides cultural information about the municipalities visited along the route, a detailed description of the itinerary, maps for each stage, details of accommodation and where it is possible to spend the night, and information about special offers for pilgrims. It is possible to obtain the guide from the official bookshops of the Catalan administration (Llibreries de la Generalitat de Catalunya).

The main branch of the recovered Camí de Sant Jaume to Galicia in Catalonia begins at Sant Pere de Rodes and La Jonquera (Alt Empordà) and crosses the whole of inland Catalonia, from the comarquesof Girona to the frontier with Aragon. To be precise, the route starts at Sant Pere de Rodes (the veritable “lands end” of the north-east of the Iberian Peninsula) and then heads over to Vilabertran-Figueres (Alt Empordà) where it merges with the branch proceeding from France and La Jonquera. From Vilabertran, a single, combined, route runs towards Girona (Gironès) and to La Cellera de Ter (La Selva). The route then continues on through the comarques of Osona, Bages, Anoia, Segarra, Urgell, Pla d’Urgell, and Segrià before finally arriving at Alcarràs (El Segrià), where the Camí de Sant Jaume in Catalonia comes to an end and the route continues to Fraga, in Aragon.

A little bit of history

· In the Upper Middle Ages, from the 9th century onwards, the great routes of Christian pilgrimagewere designated. These were routes leading to places of great religious significance.

· Papal bulls were published that decreed the complete pardoning of sins (plenary indulgencies) for pilgrims who travelled to holy destinations such as Jerusalem and Rome led to similar conditions being later extended to other holy places such as Sant Pere de Rodes and Santiago de Compostel.la. From at least the 10th century onwards, Sant Pere de Rodes had become an important destination for pilgrims. One of the main attractions offered by the local coenobium was an important collection of religious relics, which allegedly included the head and arm of the apostle Saint Peter.

· From the 11th century onwards, the “Camí de Santiago” (Way of St. James) became one of the most important routes of Christian pilgrimage in Western Europe and a veritable phenomenon of European culture. According to legend, the city of Santiago in Galicia was the final resting place of Saint James the Great (Sant Jaume, or Santiago), the fisherman who had been one of the twelve apostles of Christ.

· Pilgrims arrive in Santiago from all over Europe (and particularly from France and Germany), following the Via Làctia (“Milky Way” or “Way of St. James). This explains why the Galician city of Santiago de Compostel·la literally means “the field of stars”. The route also reaches the western finis terrae (lands end) of what was then the known world.

· The relationship between Catalonia and the Camí de Sant Jaume began with the consolidation of the route back in the 11th and 12th centuries. The first documented pilgrimage from Catalonia dates from the year 959, when Abbot Cesari of Montserrat made the journey to Santiago just before the writing of the Codex Calixtinus.

· Lleida (Lands of Lleida) conserves elements commemorating the legend of the Peu del Romeu(Romeu’s foot) which refers to when St. James passed through the territory of Lleida on his evangelical mission, in around the year 42 CE.

· A copy of the Codex Calixtinus is conserved in the Archives of the Crown of Aragon and the Llibre Vermell (Green Book) of Montserrat contains numerous references to pilgrims and their pilgrimages.

· Barcelona, Tortosa and Lleida are all cities linked with the tradition of Sant Jaume.

· In 1157, the Count of Barcelona created a team of guides to accompany pilgrims along the route of Sant Jaume when they entered the Iberian Peninsula via Catalonia.

Practical advice for the Way of St. James 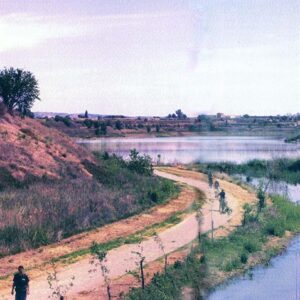 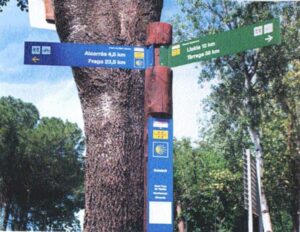 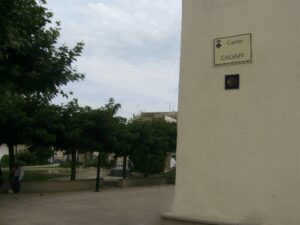 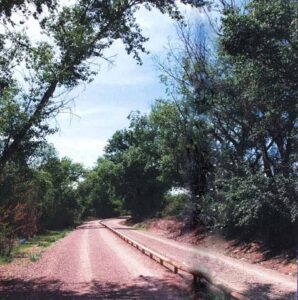 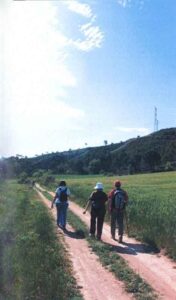 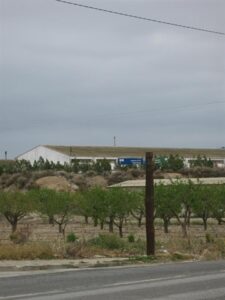 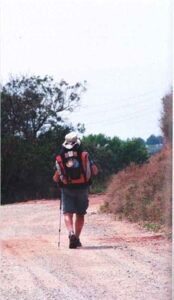 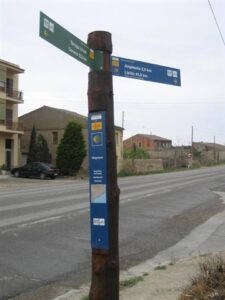 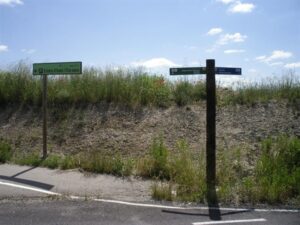 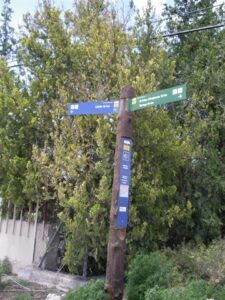 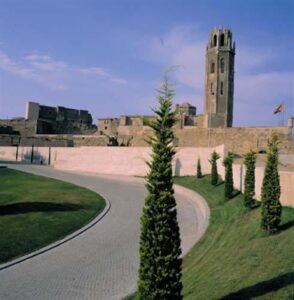 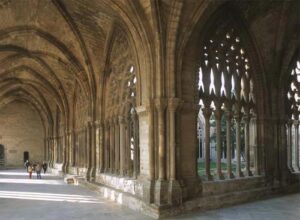