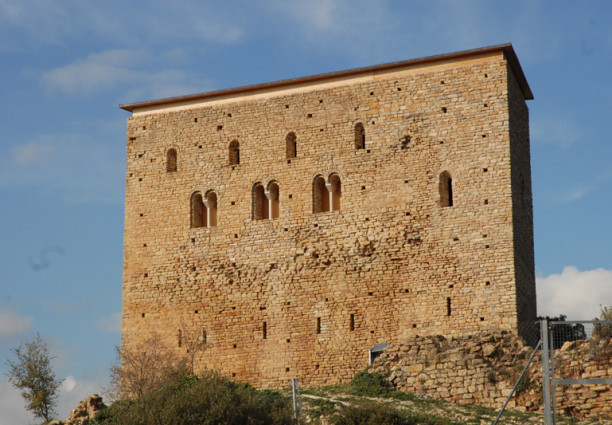 The comtat of el Pallars Jussà: The lords of the mountains

Places of interest: Castle of Llordà, The medieval buildings of Àger, Church of Saint Maria of Covet
Arnau Mir of Tost is the main protagonist on this route which focuses on the struggle to secure the frontier between the Christian and Muslim (Al Andalus) worlds. This vassal of the Count of Urgell, and son of the guardians of Tost, was responsible for the expansion of the territory throughout the valley and around El Montsec. He was also responsible for an important number of constructions, including the castles of Llordà, Mur and Lluçà and the collegiate church of Àger.

The Castle of Mur, which stands in a spectacular setting, is an excellent example of the defensive castles of Catalonia and is considered the high point of the military architecture of Catalonia during this period. Dating from the 11th century, it sits high up on top of the crag. Its construction, which is well-adapted to the local terrain, gives it an appearance that has been compared with that of a ship.

Just a few metres from the castle of Mur, visitors will find the old collegiate church of Saint Maria de Mur. This building was constructed in the mid11th by the counts Ramon V and Valença I of Pallars and was consecrated in 1069. The building contains several examples of paintings and also various reproductions of original paintings. Following his marriage to Arsenda, which brought him both economic and social benefits, in 1033 Arnau acquired Castle of Llordà and consolidated his control over the Tremp basin.

With time, he was to gradually acquire several other fortifications in the same area, including the castles of Orcau, Toló and Mur. He also extended his domains through direct participation in the conquest of the Muslim controlled territories and even came to rule over the Comtat of Urgell, sharing power with the Viscount of Castellbò. In 1072, he died during a pilgrimage to Santiago de Compostella in Galícia.

The Castle of Llordà has three different enclosures: the Sobirà part, which housed the residential quarters; the Jussà part, which housed the men at arms and services; and a third part which was outside the walls and housed the religious community of Sant Sadurní and the settlement that spread around the fortifications and enjoyed its protection. The whole group of buildings associated with the Castle of Llordà provides a magnificent example of what the feudal palaces of the upper Middle Ages would have been like.

The Church of Saint Maria of Covet provides a magnificent example of the Catalan Romanesque art and architecture of the 12th century. It has a Latin cross layout, with a chevet formed by three apses and a nave covered by a pointed barrel vault. Its most outstanding feature is its main door and an engraved tympanum showing scenes from the book of Genesis. The central apse contains a reproduction of a polychrome wooden carving of the Virgin and Child.

The Collegiate Church of Saint Pere of Àger and the church of Saint Vicenç, where the tomb of Arnau Mir of Tost can be found, are two of the main places to visit in Àger, where visitors can also enjoy a pleasant stroll through the old centre of the settlement and its medieval buildings. 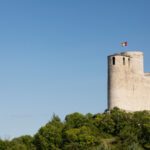 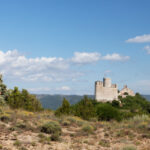 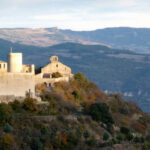 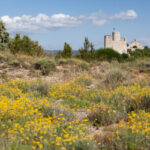 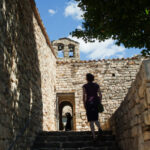