Coll de Nargó occupies an extensive territory in the south-west part of the comarca (local district) of L’Alt Urgell. On passing through this area, the waters of the river Segre flow into the Oliana reservoir. The main economic sectors are agriculture, livestock rearing and the exploitation of forestry resources. Recent years have also witnessed the growth of the service sector and, in particular, activities related with tourism: restaurants, hotels and residential and farmhouse accommodation. It is particularly important to highlight: the dinosaur exhibition hall; a museum that shows how the "raiers" or timber rafters of the Segre valley used to live and work; and the region’s Romanesque legacy… this is, without doubt, a place that should not be missed!

The municipality of Coll de Nargó is one of the richest in the whole of L'Alt Urgell in terms of Romanesque monuments. The most significant of these is the Church of Sant Climent, which has been declared a monument of historic and artistic interest. This building, which is located on the outskirts of the village of Nargó and near the road to Isona, merits particular on account of its lofty belfry. Other churches worthy of a visit include Sant Miquel de les Masies, Sant Martí de la Plana, Sant Romà de Valldarques, Sant Serni de Gavarra and Sant Maximí de Sallent. All these buildings lie along one of the itineraries of the Via Romànica (Romanesque Way), which crosses the Spanish-French border as it runs from Perpignan to Bassella.

Those who are adept with a mountain bike, and who are willing to undertake a 47 kilometre ride through most of the municipal territory of Coll de Nargó, are recommended to do the Volta a Gavarra (Tour of Gavarra). The route is well signposted and will take visitors from the village of Nargó to the hamlet of Masies. The route then continues through the Arques sierra, across the Tolustre plain, and on to Gavarra, from where it returns to Nargó via Valldarques. It will take visitors through oak and holm oak woods and over rivers, offering views of open countryside and Romanesque-style architecture. There is also a guidebook available that offers additional information.

Dinosfera at Coll de Nargó allows visitors to see the dinosaur eggs and nests found in the municipal area of Coll de Nargó and to discover what the world was like just before and after the ecological catastrophe that brought an end to the rule of these giant reptiles and paved the way for mammals to become the dominant species on Earth.

"Raiers" Museums. Until the beginning of the 20th, Coll de Nargó and Pont de Claverol, in La Noguera Pallaresa, were the most important centres for "raiers" (river rafters) in Catalonia. This rather dangerous trade, which involved transporting timber downriver, is still remembered and it is possible to see reminders of this trade at the Museu dels Raiers (River Rafters’ Museum), which is featured on the Ruta dels Oficis d'Ahir (Artisans’ Route). The museum can be found in a former church (Església del Roser), in the old quarter of Nargó. Furthermore, every summer, the Associació de Raiers de la Ribera del Segre organizes a river descent, with two rafts travelling downriver from Clops de Fígols to Pont d'Espia. This traditional festival is usually held on the third Sunday in August. 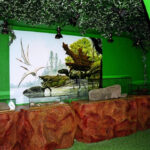 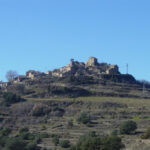 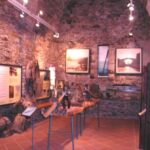 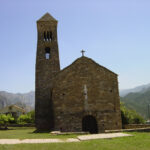 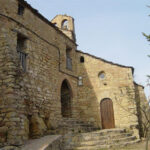